Getting rock samples back from the inner solar system (the moon or eventually Mars) is expensive and difficult. Dr. F. Scott Anderson is a planetary geologist from the Boulder, Colorado, office of  Southwest Research Institute, who recently published a paper titled “Dating a Martian meteorite with 20 Myr precision using a prototype in-situ dating instrument.” The team at SwRI is developing an ever-smaller in-situ technology called CODEX (the Chemistry, Organics, and Dating Experiment) that uses a laser-ablation resonance ionization mass spectrometer (LARIMS) to analyze ions of Sr and Rb. The instrument selectively produces ions by using lasers tuned to excite the resonances of Rb and Sr and suppressing other ions. By accelerating Rb and Sr ions through a time of flight mass spectrometer, they have been able to improve the dating of geologic samples to ±20 million years (Myr) relative to their previous best measurement of ±200 Myr. Their test case was the Martian meteorite Zagami. Eventually, when flown to Mars or the Moon on a rover, CODEX is sufficient to help scientists provide new constraints on the history of those planets, as well as the inner solar system. The new technology addresses the imprecision of previous methods and is also useful in providing the chemical makeup of the samples. 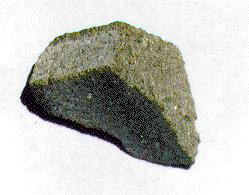 How did you get involved in dating geologic samples from outer space?

A scientist and program manager from NASA, Dr. Joseph Boyce, challenged me to build an instrument to overcome the hardest planetary science problem either of us could think of, that of obtaining new dates from planetary surfaces without the expense and time commitment of sample return.

What outcomes would you like to see as a result of this work?

I hope to see CODEX flown to the Moon and Mars so that we can learn more about some of the most important unresolved questions in the solar system, such as understanding the bombardment history of the inner planets. This ties to understanding the timing of volcanism for bodies like the Moon and Mars, and also is important for understanding the history of volatiles and habitability for Mars. We hope that by reducing costs, we can fly more dating missions, and expand access to more of widely separated planetary surfaces. By making a wide range of exciting measurements, we can then drive the opportunity for future sample returns from them. Finally, we hope to triage samples before they are brought back to Earth for analysis.

How has the OPOTEK Opolette 355 been useful in your lab?

We use these lasers to excite specific electronic transitions in Rb and Sr, selectively exciting and ionizing only these atoms without interferences from other unrelated species. In addition, we have been able to tune the lasers to new wavelengths to simplify creating new experiments and accomplish more science.

Dr. F. Scott Anderson is a planetary geologist with the Southwest Research Institute in Boulder, Colorado. His goal is to develop a portable LARIMS system that could perform isotope analysis in geological formations in situ on Mars or the moon using rovers. Dr. Anderson’s specialty is understanding the chronology of planets by isotope mass spectrometry — specifically, understanding the isotopic abundance of rubidium and strontium using Laser Ablation Resonance Ionization Mass Spectrometry (LARIMS).